Willis Wonderland Foundation is a nonprofit 501c3 that supports the education and advancement of songwriters and multimedia artists, especially women and those from underserved communities. Perpetuating the legacy and extraordinary creative vision of Hall of Fame songwriter, Allee Willis, the recently launched foundation will support diverse artists through mentorships, seminars, lectures, and podcasts, as well as Artist-in-Residence programs at Willis Wonderland, Allee’s home in North Hollywood, CA, that houses one of the world’s largest collections of pop-culture memorabilia.

“You’ve got to have a vision, and you’ve got to go the whole way.”
— ALLEE WILLIS’ WONDERLAND O’ KITSCH VIDEO

The Willis Wonderland Foundation will embrace a multi-faceted approach to providing rich creative opportunities and environments for innovation in music, art, and technology, specifically:

“I always had a music career, an art career, set designer, film and video, technology. The parties really became the place I could combine everything.”
— ALLEE, TO THE NEW YORK TIMES

At the core of the artistic process is insatiable curiosity. We are committed to questioning the status quo, investigating new frontiers in creative expression, and supporting imaginative, interdisciplinary inquiry and exploration.

While each person brings forth their own unique vision, we believe in the power and beauty of the collective. We will strive to foster harmonious collaboration within the communities we create and with those we serve by prioritizing integrity, inclusivity, honesty, respect, diversity, originality, and equality.

Allee believed in finding the happy everywhere, that celebration is not just for special occasions but an everyday essential and a much-needed vibe shift in our world. We will use positivity and fun as primary tools to inspire and uplift humanity.

We are committed to providing an exceptional experience for all who participate in our programs, partnerships, and business operations. We will invest our time, energy, and resources into creating unique and unparalleled opportunities for a broad spectrum of makers, especially from underserved and underrepresented populations, to elevate the crafts of songwriting and multimedia artistry.

“The most interesting woman you’ve never heard of.”
— THE WASHINGTON POST

Allee Willis was a one-woman creative tornado — a multi-disciplinary artist and visionary thinker with a limitless range of imagination and productivity. Inducted into the Songwriters Hall of Fame in 2018, she was a Grammy, Emmy, Tony, and Webby award-winning and nominated songwriter/performer.

Allee’s compositions have sold more than 60 million records to date. Her hits included Earth, Wind & Fire’s “September” and “Boogie Wonderland,” The Pointer Sisters’ “Neutron Dance,” Pet Shop Boys with Dusty Springfield’s “What Have I Done To Deserve This,” and The Rembrandts’ “I’ll Be There For You (Theme From Friends).” She also co-wrote the music and lyrics for the Oprah Winfrey-produced Tony and Grammy-winning Broadway musical The Color Purple.

Remarkably, Allee did it all without knowing how to read, notate, or play music, despite writing both music and lyrics for her expansive hit catalog.

Allee was also a cyber-pioneer who conceptualized internet realms, interactive content, and social networking and was an outspoken advocate for “new media” when it was unknown to most. From 1993 until 1996, Willis and her partner Prudence Fenton developed “willisville,” an early forerunner of the interactive and streaming platforms we know today, with the support of a third partner, Mark Cuban, and eventually funding from Intel. In 1997, Allee addressed the US House of Representatives Judiciary on fair pay and copyright protection for artists, representing 3,000,000 BMI songwriters. Her trailblazing activism is as essential today as it was 25 years ago.

But most of all, Allee was dedicated to uniting people through uplifting music and art. From her world-famous parties to the sing-alongs and special events she led to raise spirits and funds for her beloved hometown, Detroit, Michigan, and to her legendary one-woman shows, Allee was a renaissance woman focused on creating social change through a life led in artistic overdrive.

For partnerships and sponsorships, please get in touch with Tina Fasbender, [email protected]. 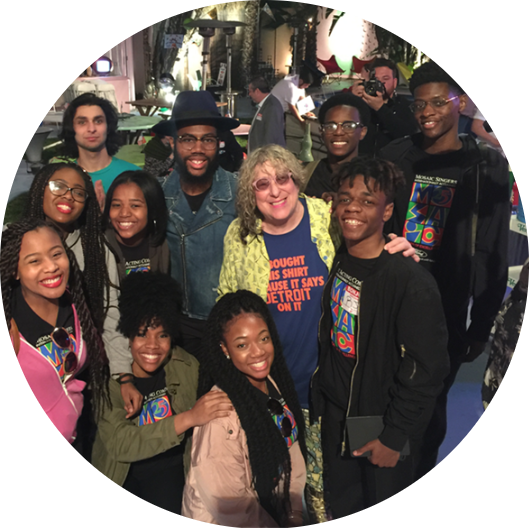 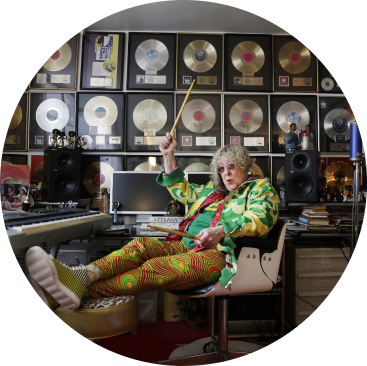 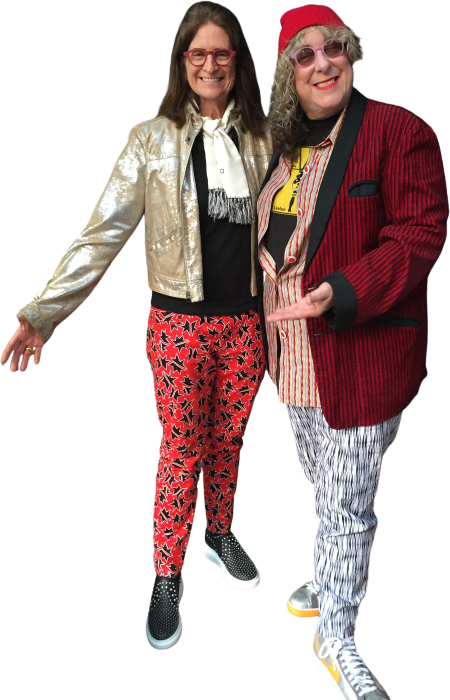